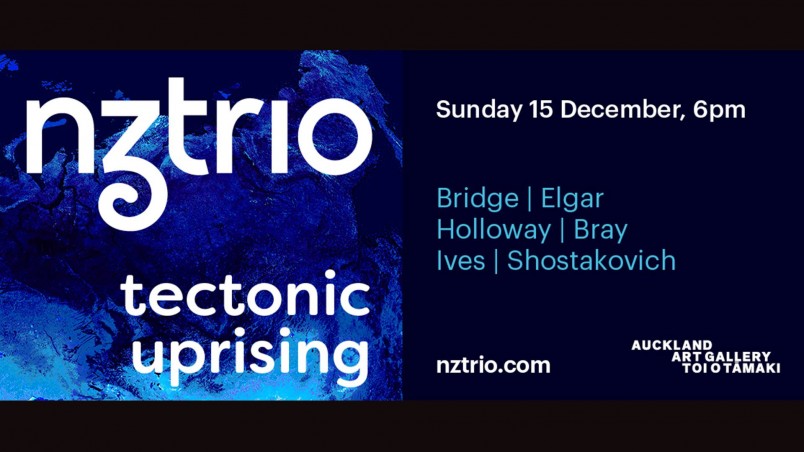 NZTrio’s 2019 TECTONIC series examines the fundamental forces that shape environments and communities, exploring Aotearoa New Zealand’s turbulent relationship with the United Kingdom, and the tensions that simmered and threatened to erupt between Cold War superpowers, Russia and America in the early 20th Century.

In UPRISING, we hear parlour music from Bridge, and a rediscovered trio by Elgar – mannered distractions from the building of empires and the noise of war and industrialisation in the England of their time. Later the music of Charlotte Bray illuminates contemporary England while also looking back to the enduring words of Shakespeare – and New Zealand composer, Samuel Holloway, turns our gaze inward to the human landscape and the mechanisms of hearing. In the second half, the prescience and experimentation of US composer, Charles Ives meets the subversive rebellion of Shostakovich – two profoundly contrasting sides of an iron curtain that takes on new meaning and significance today.