Join us in the Ellen Melville Centre forecourt (or outside to Freyberg Square if weather permits) from 5pm to celebrate the incredibly diverse culture that Tāmaki Makaurau is home to! Featuring performances from a range of fresh talents.

Joon-Hee Park – Fortune Teller (2016), New Hope (2014), Melancholia (2018). Courtesy of OrexArt.
My paintings are like baking cakes. Layers of childhood memories and dreams, filled with fluffy cream of imagination with drops of love, loss and pain. It’s covered with elements of childlike playful ganache, with a sprinkle of bittersweet nostalgia on top. Through the process of creating my ‘cakes’, I explore the depth of my emotion. Sometimes my paintings feel more real to me than this world that I’m living in. It’s pure escapism.

Jae Hoon Lee – A Long White Cloud (2019)
A Long White Cloud consists of four collaged photographic works that are digitally rebuilt cloudscapes, constructed from multiple images taken over a protracted period of them. I think of them as ‘time-based’ photography rather than still photography. They do not 'capture the moment'; instead, they present multiple instances collapsed into one. This work evokes my own state of a being as a long white cloud, which is always transforming into different shapes.

Keani Pora holds a Bachelor of Music with Honours from the University of Auckland, majoring in classical performance voice. She has extensive performance experience, including leading roles in The University of Auckland School of Music’s productions of Opera Scenes and as a member of the New Zealand Secondary Students’ Choir, Auckland Chamber Choir, Auckland Youth Choir, and the New Zealand Youth Choir. Keani was a featured soloist in Sonic Blossom which was a part of Lee Mingwei and His Relations: The Art Of Participation at the Auckland Art Gallery in 2016-17.

Soprano Kelly Harris has performed with numerous leading arts organisations including the Auckland Philharmonia Orchestra, Nelson Symphony Orchestra, and Opera Factory. More recently, Kelly has performed as part of the Corsini Exhibition at the Auckland Art Gallery as an APO Young Achiever. Kelly is also a Shakespearean actress (Most Promising Actor at the SGCNZ National Shakespeare Festival 2012) and is a young arts influencer, committed to connecting with a wider audience. Kelly holds a Bachelor of Music in classical voice performance and Bachelor of Arts in European studies from The University of Auckland.

Raised on the beautiful Tutukaka Coast of Northland, opera singer Kawiti Waetford was mentored by Dame Kiri Te Kanawa and have performed with her internationally. Kawiti has sung in concert with the New Zealand Symphony Orchestra and Auckland Philharmonia Orchestra, performed alongside Frederica von Stade (USA) and Simon O’Neill (NZ), and performed for Their Royal Highnesses Charles, Prince of Wales, Camilla, Duchess of Cornwall and Prince Henry of Wales. Graduate of Otago University and Wales International Academy of Voice, Kawiti also has an extensive background in Māori Performing Arts and as an actor appeared at The Globe Theatre, London, in Shakespeare’s As You Like It. 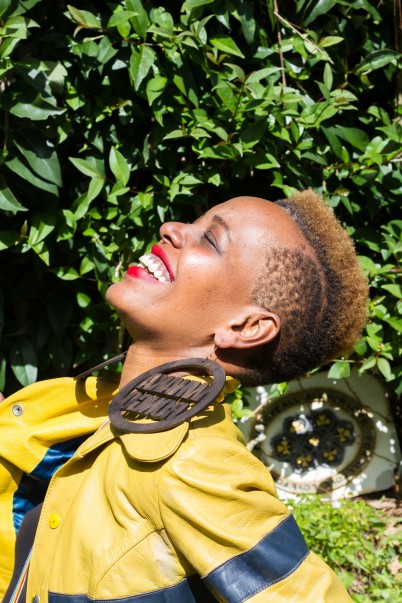 Entertaining and uplifting her audience with the music and dances from Mama Afrika is what ORIKoL DJ does best. In her world, a DJ is the referee directing the game of the dance floor. Born and raised from the Central East of the Motherland, ORIKoL’s DJ sets highlight music originating mainly from Afrika, featuring beats ranging from Ndombolo, Coupe Decale, Dancehall, Afropop, Afrobeats to name a few. A queen of the Afro Beats genre in Aotearoa, you can expect an energised, sweat ‘til you drop style of music to get you moving!

Based on the iconic half-bird half-human figures that feature in the work of NZ artist, Bill Hammond, these otherworldly creatures carry a sense of quiet despair and foreboding – yet not frightening. Both mystical and strange as they navigate the terrain they find themselves in. The performers, Matt Moore and Adrian Smith, wear both the headpieces and their business suits backwards which transforms the human form into something both familiar and unfamiliar, awkward and mesmerizing. They reference NZ’s history as a land that was once home only to birds – a land so foreign to the NZ we know today. Like ancient gods – out of place in a modern world, these stoic creatures are now alien in a land where they once ruled supreme. Dressed in suits, carrying black umbrellas and briefcases they attempt to join the rat race but cannot help but appear out of place, serving a stark reminder of our past and possible warning of what we may lose in the future.

Part of Artweek in the city centre.