Hearts of the City

Diverse and colourful artworks in the shape of a heart are being created on the walls of Auckland’s central city as part of a new series of Hearts of the City artworks.

We've asked artists to share what Auckland’s central city means to them, and their answers have been a beautiful reminder of the diversity of our city.

Chris Heaphy has been a practicing artist since the early 1990s. Heaphy has exhibited extensively throughout Australasia and Europe and his work is included in numerous major public and private collections in New Zealand and further abroad. The Christchurch Art Gallery and Auckland Art Gallery both hold works in their collections. 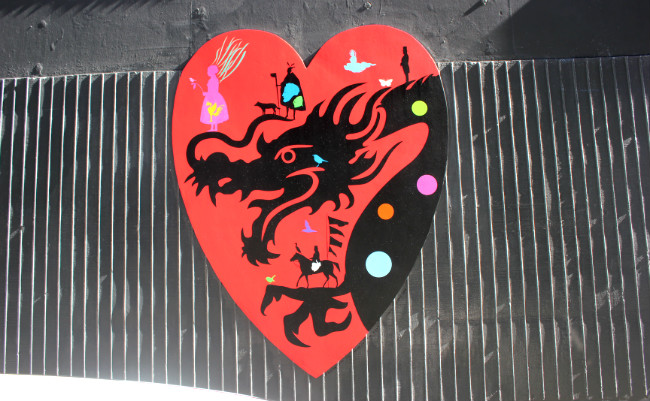 The newest Hearts of the City piece was created by renowned Auckland artist Sara Hughes. Hughes has attracted significant attention throughout Australasia, winning both the Wallace Art Award and the Norsewear Art Award in 2005.

Her Hearts of the City artwork is a spectacular burst of colour referencing the architectural details of Auckland's art deco and heritage sites. Like a sun burst this heart is exploding with everything life has to offer - Sara hopes that its rays will be positive and life affirming to passersby. 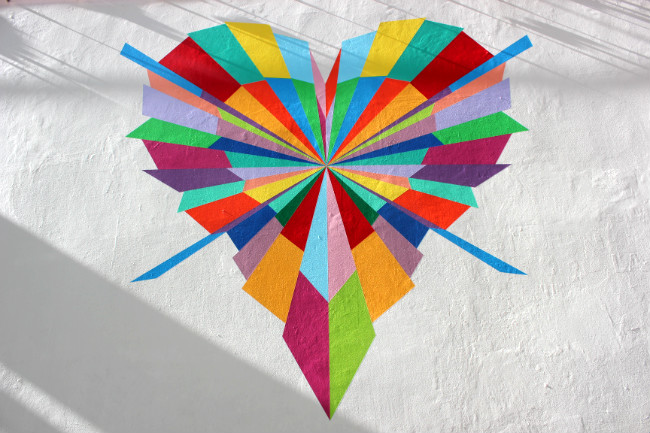 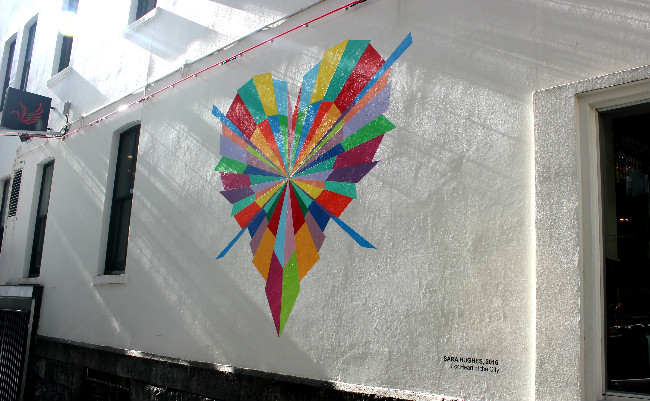 The second Hearts of the City piece was completed in 2015 by the exciting Auckland-based and internationally renowned graffiti artist Askew One. 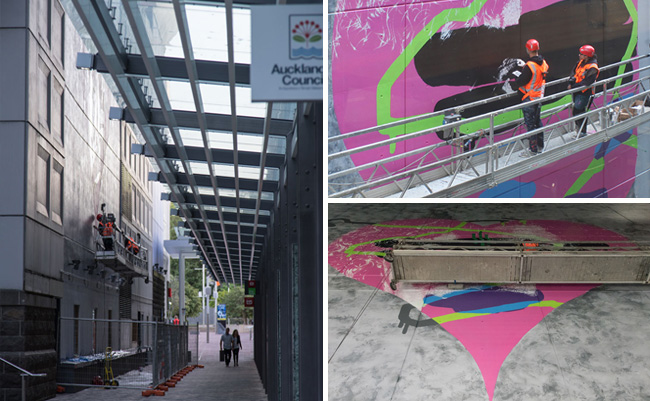 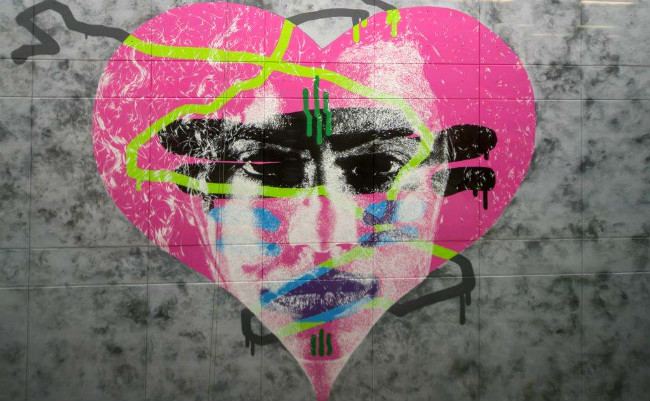 The first work in the Hearts of the City series was by top NZ artist, Dick Frizzell. Frizzell reinvented his famous tiki motif for his Downtown Tiki in Fish Lane, between the Auckland Fish Market and Baduzzi on Jellicoe Street, created using Resene paints. 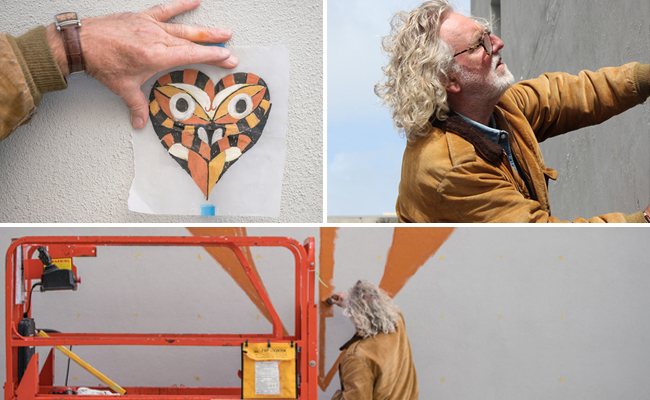 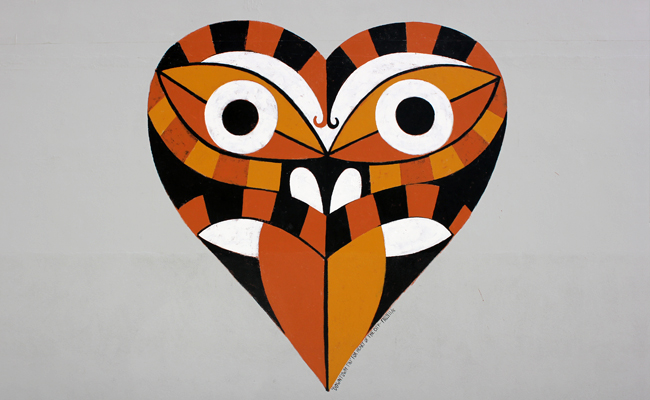 Flox is highly regarded for her vibrant depictions of flora and fauna, and she's combined the native natural worlds of both NZ and China in her piece 'East Meets West'. 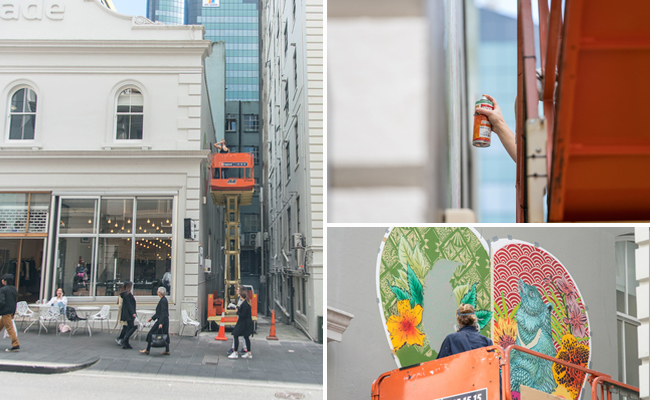 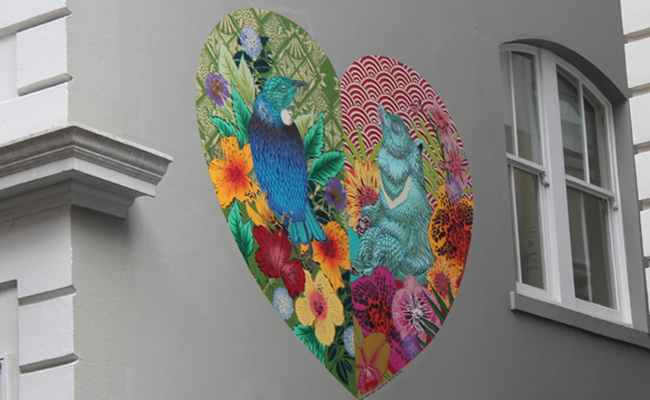 Stay tuned for our next Hearts of the City piece by following us on Facebook and signing up for our e-newsletter.